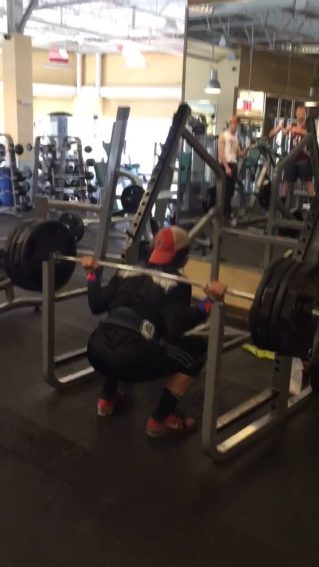 Monday Motivation – Getting Through Difficulties

This post is more-so related to life rather than balancing lifting and partying, as I want to delve into a personal experience I have been through that keeps me going, and keeps me motivated. School has always been a stressor for me as I have been diagnosed with anxiety disorder which makes it even more difficult to deal with school. I’ve always been able to put in the work, but sometimes it’s hard, and I know a lot of students can relate because lets face it, who wants to sit in a boring elective class wasting their time away listening to crap they don’t care about? No one, everybody hates class that isn’t revolved around their major, and its incredibly not motivating having to do something you hate. However, whenever I find myself in that slump, I remind myself of my bigger goals and what I want to achieve. You have to deal with bullshit to become the shit, so don’t give up no matter how hard you hate classwork or whatever other endeavor is bothering you. Push through because that’s all you can do. I’ve wanted to give up so many times because I felt as if I was wasting my time in class while I could be out in the real world chasing my dreams, despite how successful or unsuccessful I might be. However, don’t throw away your education to chase your dreams because you can do both at once. It’s extremely difficult to handle, to understand, and to deal with. But if you really care about your dream in life, you should never let something little stop you. The squat is the perfect analogy or life. When something heavy pulls you down, you grind, grind, and grind again, and then you stand up. Don’t let yourself ever lose your motivation and make that dream into a reality. 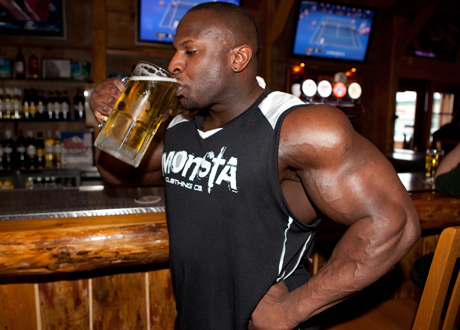 Lifting vs. Liquor/Beer- Don’t Let Your Hangover Steal Your Gains

Ever woken up after a binge-drinking session and feel like absolute death? Yeah, so have I. Ever get  nervous that you may lose your gains due to that hangover? Whether you have or not, I for certain have, and throughout my life and many incredible workout days paired with incredible blackout nights, I’ve learned a decent way to recover from a hangover and prevent it from affecting your gains too much. First off let me just refer to my previous article about balancing lifting and drinking, which explains about how to healthily balance the two aspects throughout your week or life. This article is very relatable but will delve deeper into a more specific aspect of balancing lifting and drinking, that aspect being the hangover. For anyone who did not read the other article, let me re-inform you that alcohol is 7kcal a gram. Whether you drink the hard liquor like Jim Lahey or you stick to your beers like Charlie Kelly, both forms of alcohol are high in calorie content. Don’t listen to your silly friends who say, “Oh beer has too many carbs,” and refuse to drink it because they think its packed  with additional carbohydrates. Its ridiculous; don’t listen to them because that simply is not true. YES, it has carbs, but not nearly as many as people simply think. An average light beer has under 10 carbohydrates in them, however heavier beers like budweiser have around 10.5 grams of carbohydrates, which is only 42 calories! Budweiser even has 1.4 grams of protein in it. About 100 calories are ALL from the alcohol calories, and the same goes for liquor; JUST because it doesn’t have many carbohydrates doesn’t mean it doesn’t have calories. Liquor is filled with calories as its 7kcal a gram with no carbs. Yes, is has a little less caloric content than beer, but its pretty much the same, and at least beer has some protein in it! So, don’t let those common misbeliefs trump your alcohol decision choice, however I suggest beer over liquor despite the carbs because lets, face it, liquor just does you dirty and is a pure toxin, whereas some beer has polyphenols (antioxidants) and protein in them that can even make the occasional beer good for you.

Now that I’ve discussed the differences between alcohols and my personal suggestion. Now, I am going to discuss and list some tips that I have for you all that I think will be helpful to cure your hangover and help you salvage your gains the best you can.