Gains and Ganja? Pros and Cons 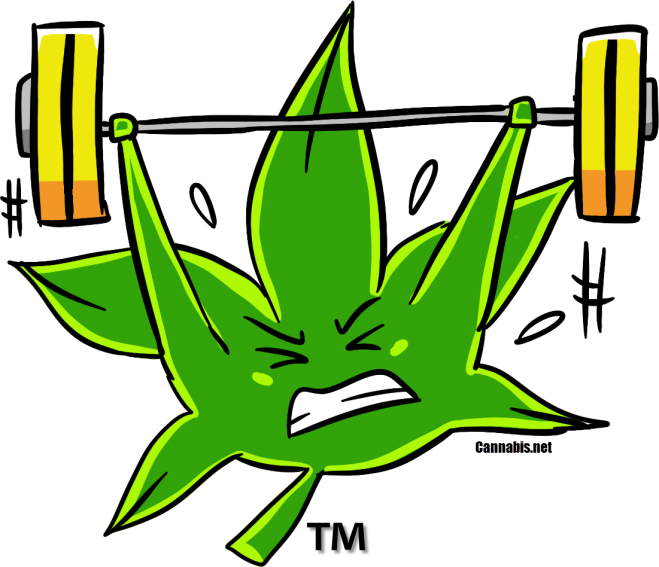 This blog relates to the past article, which involved Arnold Schwarzenegger recreationally using Marijuana after a big time 1975 Mr. Olympia win. The blog also discusses Michael Phelps when a photo on the internet surfaced of Phelps hitting a bong. Even Stephen Jackson, a former great NBA player whose has played for a variety of NBA teams throughout his career, admitted to using marijuana before games. Jackson said, ” I just gotta be real, you know, it’s been a couple games where I smoked before games and had great games,” (ups.com), and he added, “I think it’s a higher percentage of guys that smoke than drink. I know coming in, especially in my time, everybody smoked. After games, when I came into the league, there was only one drug test. And that was in the beginning of the season, in training camp. You knew when it was coming. You could smoke the rest of the season. That was the good days” (upi.com) Jackson discusses his marijuana usage during the earlier days of his career of the NBA and described the drug testing system and even noted that he had played great games whilst stoned. However, he also admitted there were points where he smoked too much and would tell himself, “Please calm down, this high has to calm down’ — I done shot three shots that went over the backboard” (upi.com) So Jackson continued to admit that sometimes he played poorly whilst under the influence of marijuana. So, although many athletes have used marijuana, how does it affect your body athletically? Obviously, these individuals such as Arnold, Phelps, and Jackson are great athletes, so how does weed affect their performance? A lot of it is individualized, as sometimes marijuana increases mental focus and creativeness whilst it can also decrease motivation and increase lethargic feelings. However, for athletes, the CBD component can relieve pain after tough workouts while the munchies side effects can help bodybuilders with their appetites, especially since large bodybuilders require a high amount of macronutrients and eat rather bland food, therefore getting the munchies can hep them get the calories they need. An article from generation iron.com discusses this and features famous fitness YouTubers Elliot Hulse and Scooby. This article has 2 pages and discusses many affects weed can have on athletic performance, both negative and positive. Accents discussed include the lethargic and munchies effect from marijuana, the possibility of mental focus and aid in appetite, which can both be negative or positive, your oxygen levels, and more. Make sure to read both pages.

Whichever or whatever you choose to do, find your balance, and if you smoke and are an athlete of sorts, hopefully, this article can help you.

THE WEED EFFECT: MUSCLES AND MARIJUANA